I never wanted children but as soon as I was pregnant that natural instinct to protect kicks in and the feeling of a love that you just can’t describe and could never imagine having take’s over you.

But what about the times when you can’t protect your children. My 8-year-old George broke his arm slipping of a climbing frame. He’s has Asperger’s and the slightest thing sets him off on massive end of the world crying fit. So, I did my usual come on your fine, it’s ok to then see his arm dangling mis-shaped wobbling by the side of his body and the bone out. My first instinct was to hug him my friend went and got staff and I was trying to calm him down and ring an ambulance. It’s moments like these when you wish you could swap and it be you and not them. He was fine after his op and he was so brave, he stopped crying when the pub gave him jelly babies and I think then the adrenaline and shock had kicked in.

1. I hope I never have to go through as a parent.

2. This is probably the first time most of my friends will have ever heard this and some of my family

I was 10 in my last year in primary school, it was 1997 which is one of my favourite years of music backstreet boys -As long as you love me, Spice Girls – Spice up your life and Hanson MMMBop was the kind of music I was dancing in my living room to and pressing record on my tape player whenever they came onto the radio. This was before mobiles and I was already walking to school by myself. So, myself and my friend who was my next-door neighbour was playing in the park at the top of our street. We were happily playing on the swings seeing how high we could get and playing tig on the climbing frame it was only us up there. Two boys came into the park, they kept trying to talk to us and we were just ignoring them. I was on the climbing frame and they came up both from different directions so I couldn’t get off. One of the boys who seemed massive compared to me held me against the railings and the other one put his hand up my top, Like I said in another blog I did have some boobs when I was 10 so there was something for him to grab. He then put his hands down my trousers into my pants and put his fingers inside me. I was trying to push his friend away but I was so restricted as the boy touching me was holding me down on the other side. I was shouting and screaming for help but there was no one around. My friend had run home to go and get my mum this went on for no longer then 5 minutes by the time my mum and my brother’s dad were running into the park. The boys ran off as soon as they seen them coming my mum stayed with me and my brother’s dad chased them.

We went to the police station that night I had to sit in the interview room and the policeman took my statement. They found the boys luckily my brothers dad seen where they ran off to. They were 14 and 15 and as it was my word against there’s so if we took it further and went to court I could have gone through a lot for nothing so I told my mum I didn’t want it to go that far.

I was speaking to my mum last night about it and we haven’t spoken about it for years maybe since it happened. I was asking her if I changed there the bits I can’t remember. She said I was more clingy, I use to sleep at my nans a lot and I wouldn’t do that. My mood swings changed so I’d either be really upset or really happy. I refused to go counselling as I didn’t want people to find out and think I was weird and my school work suffered a little and I was a lot quieter at school (my school reports always said if I didn’t talk so much I’d achieve more).

I didn’t want to walk to school anymore as I had to walk not only past the park where it happened but the one of the boy’s houses.

The most annoying part of this happening to the victims is for the people that get away with it their life doesn’t change and they’re not effected. These two boys got cautioned and I never seen them again. But I highly doubt that their life changed I don’t think they sat there and felt guilty.

This hasn’t affected me in the long run and eventually I got my independence back for when I went to secondary school but I’m a fighter and I don’t see why we should let people break us we should use our experiences to help make us into better people and to help people if they’ve been through something similar to get through it.

Thanks for reading and everyone’s continuing support it means a lot to me and my family. 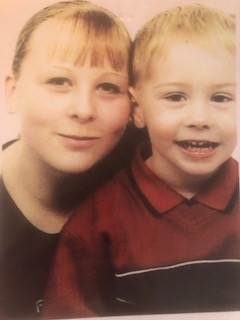 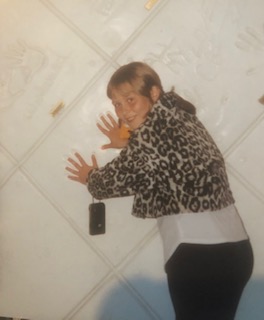