Well today is mental health awareness day and I wanted to write a blog about the time I really suffered with my mental health.

When I was 21 I was pregnant with my oldest. Just before I got pregnant was the only time I’ve been truly happy with my body so when I got pregnant I wasn’t looking forward to putting weight on.  That soon went I ate a lot I didn’t realise how bad cravings would be and all I craved for was either really surgery things like cans of coke or really salty things which were chips. I put on a lot but only went from a 12-14 on bottom but because I no longer had a waist and had a mummy tummy I went from a size 8 top to 14.

I panicked the whole time I was pregnant I think due to my miscarriage previously so I was edge the whole 9 months. My labour was not easy 2 days of intense pain and then nearly had to go for a section but I was like the exorcist saying I want to do it myself so they let me when really, I should have just listened to them.

I love being a mum it was amazing my family were so excited and so supportive it just felt great. My ex was useless I grew up in the 9 months leading up to having my son but him not so much, we were still really young but he still wanted to go out and get wasted and then not get out of bed the next day where I was in mummy mode and my little bubble knowing I had to look after this baby. His parents didn’t like me and although they came around were falsely nice to me and they did adore their grandson his mum constantly told me how I should be doing things which I wouldn’t listen to (I thought I’m a first-time mum I want to make my own mistakes) it caused more tension between us.

I felt down and not myself, I tried breastfeeding and when the midwife came out and Oliver had lost too much weight she made me feel like I was a failure and had purposely been starving my son I was devastated. It was when I was speaking to another midwife who then told me she thought I had depression. It was horrible anything anyone said to me I felt was like a personally vendetta, I hate my body and I was struggling that his dad was just useless and I should have just been a single mum when it came to looking after Olli. I went to the doctors and got tablets and was on them until I had my second which I then whined of them as I didn’t want to take them whilst I was pregnant.

I had a section with George he was a lot bigger then Olli so they said it wouldn’t be safe for me to deliver him and I agreed and was more than happy to have the section. I didn’t bother breast feeding I was put off the first time and I thought I felt happier.

My ex was useless he would sit on FIFA and if one needed a bottle I had to wait till the ball went out for him to get me something even if one of the kids were crying. I got an infection because I was doing way too much too early, His parents still hated me and it ended in a massive row over them not sticking to our routine when they had the kids and letting them stay up till 10/11 at night so in the end they stopped seeing them and we stopped speaking to them.

I felt really down I was struggling as I’ve always thought how important family is, I hated the way my body was my stretch marks and mum tum (still do to this day), and I didn’t have the support I needed from my ex. I went out with my friends one night I got really drunk and something come up about my ex’s parents and I just broke down I could feel my heart racing pounding and I just broke down all I wanted was my mum. I got out the taxi and just sat in a ball on the floor crying until my mum come and got me. I am so lucky to have my mum she has been an absolute rock over the years as well as my nan.

I went back to the doctors and they put me back on stronger anti-depressants. At this same time my nan got really poorly and we found out she had cancer I was so close to my nan I was obviously devastated. The night before she died I stayed at the house in the room with her with my mum and auntie and were just talking like normal with her when we noticed she had stopped breathing. From finding out to my nan passing away it was 3 weeks so not even really long enough to get your head around. I did however confess to her the time I threw up outside my bedroom window which went all over the living room one (she knew it was me all along as I offered to wash it off but just pretended she didn’t).

But as I was waiting for the men to come and collect her body my ex rang me asking when I would be home because he was tired as the kids got up early, I lost it I know I couldn’t be with him any longer.

I was really down the funeral had pasted I was working in a bar at night and my mum had the kids. My ex wasn’t allowed to the house and wasn’t allowed to see the kids from something he had done but he would put notes through the door his parents would shout abuse at me, they filmed me walking to the shop as I had to pass their house. He knew where I was constantly and would text me asking me who I was with and what I was doing and mention where I was. He sent me messages and messages of abuse and threats so in the end I went to the police station with the messages of proof, when I got in there the messages (which were on Facebook) had gone. Not only did he have me on find my I phone but he had all my log in details for my social media. I thought I was going mad but after breaking down to the police man who was lovely and believed me he got a harassment warning.

Things had been happening in my house whilst I was out things would have slightly moved from where I left them the milk would be in the cupboard or a plate in the fridge I thought I was going mad but it was him he had a key to the house and I didn’t know.

I wouldn’t open my curtains, I didn’t like to be on my own or leave the house by myself. I got so bad the kids were in their cots crying and I couldn’t go to them I rang my mum and she came around and I knew that I had to sort myself out.

I pushed myself to get out the house even if it was a small walk, I went and got a job in a salon where I met my best friend Louise who helps me with This is me and our other friend Hannah. I’d lost all my closet girl mates as my ex told everyone I stopped him seeing the kids and that wasn’t the case. I came off my tablets gradually and I’ve never looked back since.

When I had my youngest Josh, I had such a good support around me and was in a much better place that thankfully I didn’t suffer with post-natal. But if you do please do not hesitate to talk to your doctor or midwife. I’ve put some signs if you do feel like you are feeling really down. 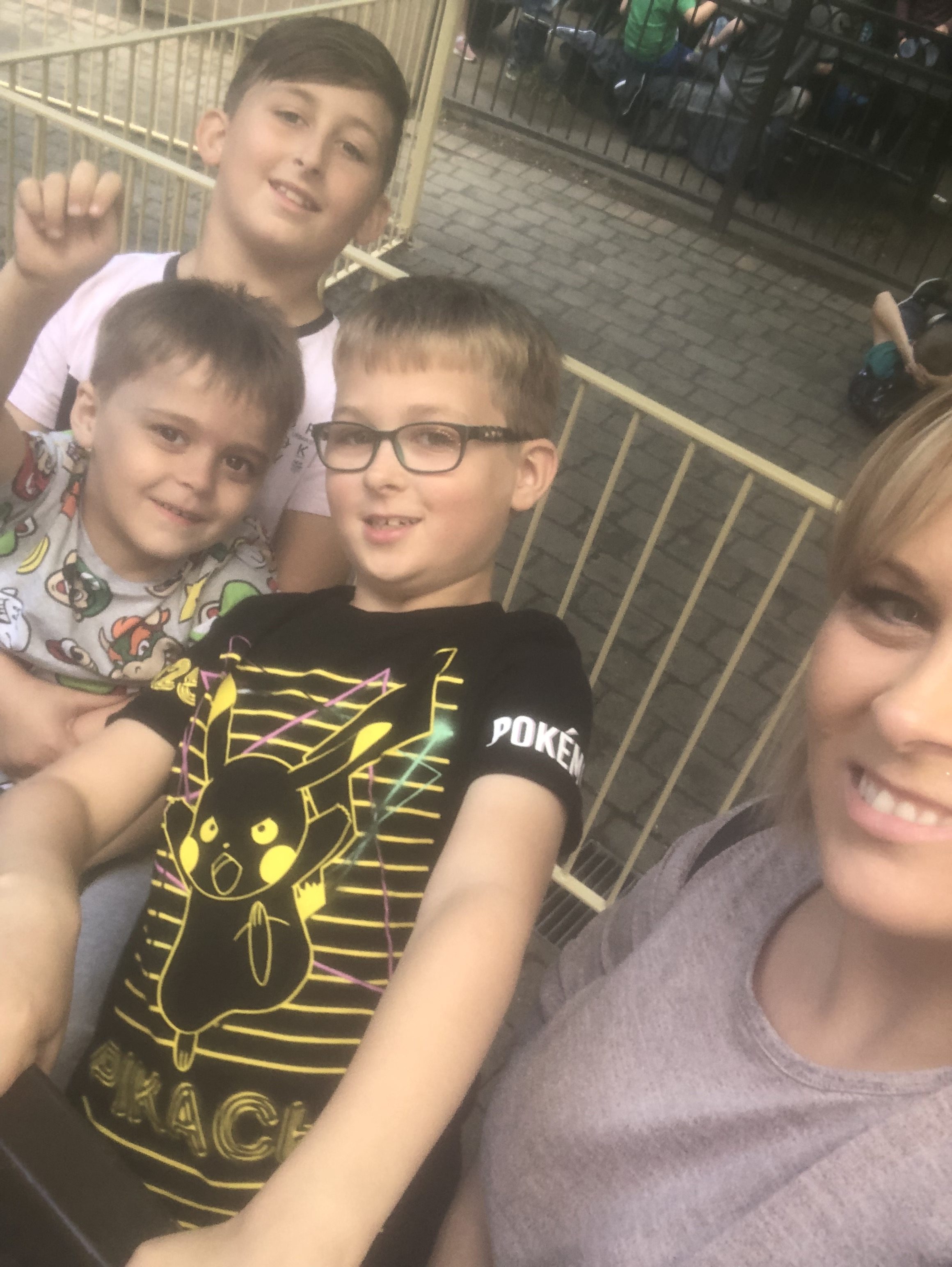 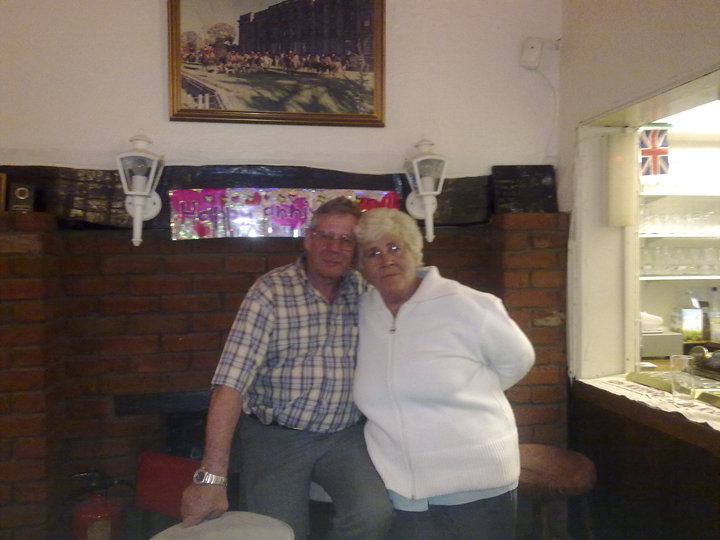